The Toledo School of Translators

The invention of writing has added the dimension of memory to language, and the possibility of preserving culture and knowledge for future generations. Translation from language to language enables us to harness the wealth of knowledge gained across cultures and advance forward on the shoulders of the past.

In the year 1085, Alfonso VI conquered Toledo from the Muslims and the Christian conquerors were in awe of the beauty and culture of the multicultural and multilingual Arab city. One of the surprises was the literary abundance and especially the vast literature on medical subjects that were translated into Arabic during the golden age of Islam by the Translation Movement of the House of Wisdom. While up to that time the Muslim occupation of the area usually encouraged the development of culture and science, Christianity until then, was the dark culture that identified education and science with heresy. During the time of Alfonso VI, Toledo became the cultural capital of Christian Europe. The great library of Toledo attracted scholars from across the continent who took with them copies and translations from the library and enriched the knowledge in their cities. These scholars, together with Jewish and Christian translators from the area who previously lived under Muslim rule, formed a group that was later called The Toledo School of Translators.

The Toledo scholars at the time spoke mainly Arabic, and the extensive Arabic literature was their main scholarly tool. With the Christian occupation whose written language was mainly Latin, the need for translating the vast Arabic literature emerged.

In the early 12th century, Toledo was a moderate and religiously open city and allowed freedom of worship even for Jews. At the beginning of the translation activity, the translators translated mainly into Latin, which was the official language of the church, sometimes not as a direct translation but through an initial translation into Castilian, involving two translators. These activities were conducted under the auspices of Archbishop Raymond of Toledo, who established the Translation Center in the Cathedral Library. Thus, extensive literature has been translated from language to language, into new cultures, as well as new writings of local interpretations and ideas. Many books in various subjects were translated, including philosophy, medicine, mathematics, astrology and astronomy. The identity of many of the translators of 12th century is known to this day and some of their original writings still exist. This activity greatly enriched the variety of Latin written literature and exposed Christian Europe to a new world. The Toledo School of Translators in the 12th and 13th centuries built on the knowledge of the Translation Movement of Baghdad from the 9th and 10th centuries by re-translating content, translated from Greek into Arabic, into the Latin language.

After the Archbishop’s death, the translation activities in Toledo diminished but came to life again with the establishment of the Toledo School of Translators in the following century.

In the 13th century, Alfonso X of Castile became the patron of arts and sciences and even left his own writings in history and literature. He founded research and translation institutions elsewhere, even beyond Toledo, but during his time, the Toledo School of Translators was in its glory. At that time, the translation target was no longer Latin but into Romance languages, which greatly developed the Castilian Spanish language and allowed more and more Europeans to be exposed to a huge variety of literature in their own language and also created the foundations for the modern Spanish language. After the death of King Alfonso X, the scale of the translation activity declined, but the existence of the vast translated literature in local languages became a reality that already had a huge impact beyond Toledo where other European kings invested in translations of classics, sciences and scriptures into other European languages.

The impact of the Toledo School of Translators was immense and as a result, universities across Europe could, for the first time, incorporate classics into their curriculum. The Islamic and Jewish theology had already been influenced by Aristotle, Plato and other Greek philosophers translated into Arabic, and now Roger Bacon, Thomas Aquinas and other scholars were exposed to Latin and Castilian translations of Greek philosophy and even Arab philosophers, such as Ibn Sina and the Aristotelian influence began penetrating into Christian theology as well. The influence exceeded the field of theology reaching the wide range of fields of science. The emerging scientists and astronomers of the time, such as Copernicus, also gained knowledge from the translations of Greek and Arabic astronomy books that were now available to all.

The books translated in Toledo were the actual textbooks of the European universities in medicine, mathematics, astronomy and science, and were used for centuries until the 17th century. The Arabs brought to Europe not only diverse literature but also methodical approaches to experiments and the decimal numeric system that was different from the Roman numeral system used up to that time. The number zero was invented in India in the 6th century AD and arrived and was adopted in Europe by Arab scholars via the Arabic written books of mathematics. Can we, at all, imagine the world without the number zero?

The Toledo School of Translators was re-established in 1994 as part of Castile-La Mancha University and works to reduce the cultural and intellectual gap between the Arab world and the West, this time imparting knowledge more towards the Arab world. Investing in knowledge development, learning and translation is not possible without openness and curiosity for knowledge. It is hard to believe, but even today, in our technologically developed world, there are cultures that prevent or restrict the acquisition of knowledge from their citizens.

The harmony in Toledo between the religions, languages ​​and scholars during the time of Alfonso X was erased a short time later, when the Catholic Inquisition darkness began to spread throughout Europe, igniting a wave of religious and cultural fundamentalism that limited not only theology study but also the study of science.

The philosopher Hegel saw history as a process of unfolding change towards progress through a dialectic process of thesis, antithesis and synthesis. A simplistic explanation for this principle in history is that any state or historical event is a “thesis” that necessarily triggers a counter-reaction (antithesis). The result of this collision is a new state, the synthesis, and it again becomes a thesis for another reaction. In this way, history progresses, approaching its purest form in our world. During this process, every event in history plays a role in this progression while we are totally unaware of the big picture. These chaotic clashes and struggles throughout history was coined by Hegel as “the Cunning of Reason”.

Tyranny throughout history always fears education and acts to suppress it, but that tyranny triggers reactions towards liberation, freedom, and thirst for knowledge that erupt over time. The momentum of education and openness in Toledo came to a halt by the darkness that came as a result of religious extremism. However, the writing and translation established facts on the ground, enabling the retention of philosophies and study of giants of the past. This knowledge awaited the resurgence that come with the renaissance that emerged in the years to come, and introduced and allowed new thinkers and scientists to stand on the shoulders of the past, to which they added their own knowledge.

A cross-cultural encounter takes place throughout human history. In such an encounter, sometimes one culture completely disappears, sometimes one culture influences the other but sometimes it changes it completely. The significant interaction between cultures occurs through translation activities. The transition period between Islam and Christianity in Europe was dramatic in terms of mutual cultural influences. A dialectical process of thesis and antithesis that ultimately brings about a synthesis. The cultural and political contrast is harsh and sometimes even violent, but it brings about something new. When melting metal to reshape it into a form, it undergoes a violent process to take shape into the new form. It is a type of birth and indeed the word “renaissance” means rebirth. A rebirth that rises from conflicts and diversity that bring about growth, that without the translation movements would not be possible. 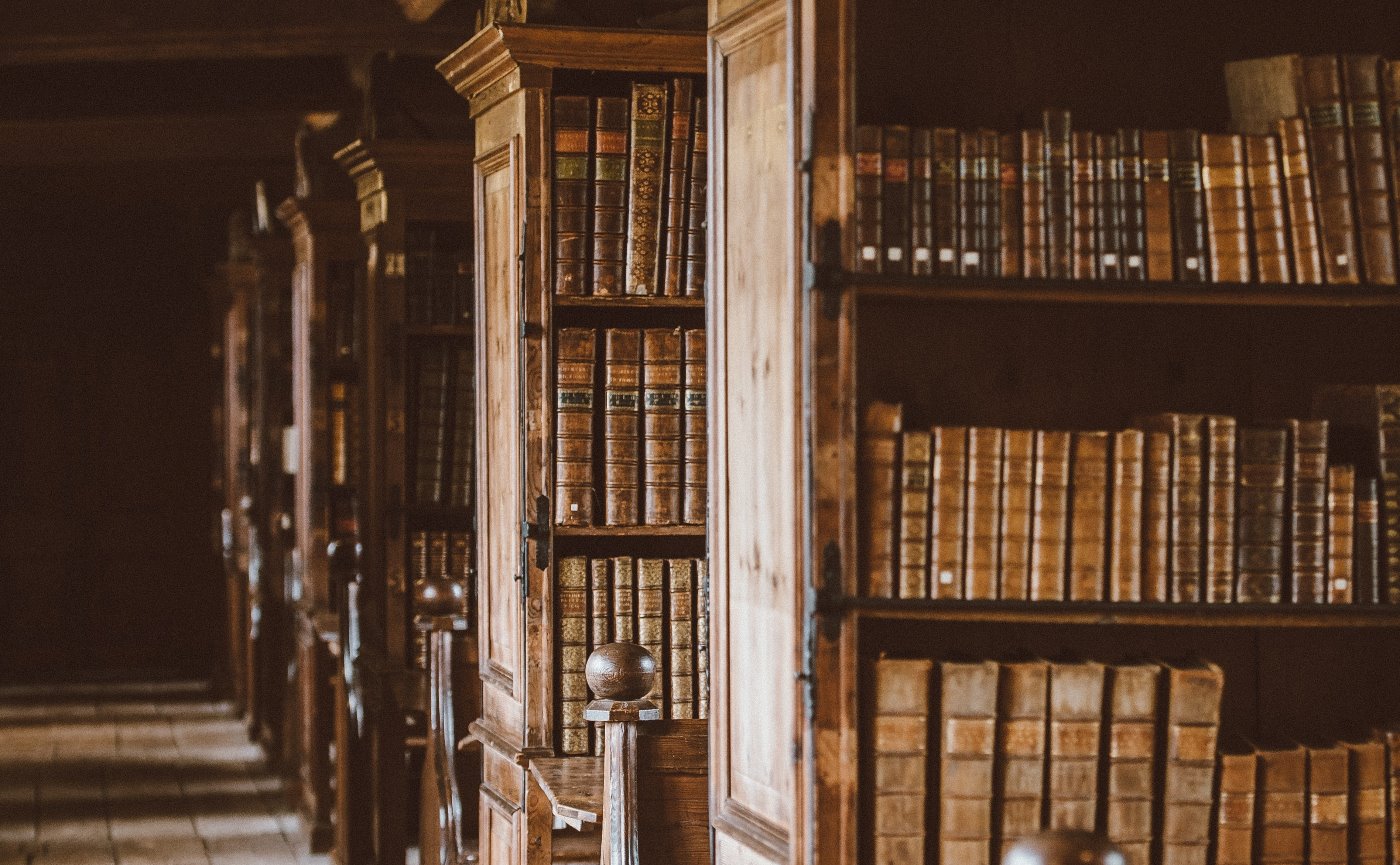