There is nothing as delicious as hearing good gossip….

Almost everyone gossips. It comes very naturally even though we are almost unaware of when we are gossiping. More than half of our conversation time can be characterized as gossip. In most cases gossip is about people we know and only a small part of the gossip is about famous people and celebrities. Most gossip is positive or neutral, yet most religions consider it a sin.

University of California research shows that gossip lowers tension, improves self-confidence, strengthens friendships, fuels the stock market, influences voters, changes the way we see others and the way society sees us. Despite what is commonly thought – men gossip the same as women, where men usually gossip more about certain issues such as sports and politics.

Progesterone is a female hormone that reduces anxiety and strengthens social bonds. While women gossip there is an increase in progesterone levels compared to those who do not gossip. Similarly, there is an increase in pleasure hormones (dopamine, oxytocin, serotonin) and even certain parts of the brain associated with gossip can be identified. Certain areas of the brain of active gossipers are on average larger than the brain size of those who gossip less.

Gossip thrives in small, isolated towns, and in totalitarian countries gossip is sometimes even more accurate than the formal published information by the authorities. Gossip is a significant part of life and exists everywhere, whether it is in universities, workplaces, old age homes and prisons. Wherever humans are, gossip is found.

Research has shown that creativity decreases in companies that have more gossip-banning regulations. So it seems that there is a correlation between gossip and creativity.

Some believe that even some animals such as chimpanzees and dolphins have some form of gossip, but this is just a hypothesis.

Gossip can be defined as a written or spoken conversation (usually judgmental) about the private lives of others who are not present. Gossip usually has an identifiable source while rumors do not. So, gossip has some real basis and rumors usually do not.

Gossip preceded the gossip columns in the press and in the media. Cavemen apparently already used gossip to warn of dangers and for survival purposes and most likely about the woman in the next cave….

Since then, gossip has developed as a mechanism for disseminating information within social groups, a mechanism that strengthens social ties and works to increase the sizes of groups and tribes. It created a collective judgmental process that has an impact on the individuals in the group and according to a study by the University of Amsterdam, gossip worked to prevent individuals from evading responsibility – which can be seen to this day.

Gossip, when not neutral, is a competitive action against another (the object of the gossip), while the gossip itself strengthens a close relationship between the gossipers.

We are probably evolutionarily designed to gossip. Robin Dunbar (an anthropologist) claimed that language evolved largely because of the growing need for gossip. Gossip, like stories about history and mythology, form groups and take advantage of language to influence processes that take place in the group. Group formation processes that are influenced by gossip may eventually cause a separation between groups that will ultimately affect the process of developing different dialects and languages.

There is an argument that animals’ social grooming, which was a tool to regulate status and intimacy within the group, became ineffective as the group grew and thus the power of gossip about other members of the group thrived. If so, then when we upload a post in English or using Google Translate to respond to a post in Chinese, is it a modern form of social grooming in our global village?

Gossip has evolved as a mechanism for controlling human behavior. The subject of gossip deals with what behavior is expected by the group while harming the object of the gossip, but as a result, a discussion is conducted about what is acceptable and proper behavior and what is not (in the community, organization, etc.) without any written rules. It is a process that produces coalitions that enable changes in the group’s power struggle.

Gossip produces a barometer that regulates extreme behaviors within groups and guides us how we should behave within the group to prevent gossip that may hurt us.

Some exploit the power of gossip by creating false rumors in order to promote interests, upset the group’s balance, gain control and become socially valuable. Of course, there is a risk that if the lie is discovered, the liar will become the object of the gossip. People who use false rumors develop a belief that they are better than others or that their ideas justify the lie or manipulation – that the end justifies the means. False rumors are the real reason that gives gossip a bad name.

Also in the professional workplace, in order to get results, coalitions, power of persuasion through gossip become a key mechanism for changing the balance of power in the organization.

In recent years, the use of business networking for business promotion has become very prominent. It turns out that the ability to create business relationships inside and outside the organization depends quite a bit on the ability to gossip.

Yuval Noah Harari took gossip a step further. He claims that gossip is the number one use of language. Everyone is gossiping, the common people, the professors and even supreme court judges. He said that when we notice people talking to each other, no matter who and when, they are probably gossiping.

“Academia staff gossip about the professor whose husband is cheating on her, about the terrible quarrel that broke out between the dean and the head of the department, or about the rumors circulating about the researcher who embezzled the research funds.”

Harari argues that the great human progress through the linguistic revolution that differentiated the Homo Sapiens from the rest of the human species to become the species ruling the world was not related to transmitting information about natural events (what he calls “there is a lion by the river”). But, rather it was the possibility to gossip about others within the group that enabled the increase of the group size.

Gossip is prohibited in most religions. It is permitted in the Jewish law only under certain conditions, for example to warn of a danger of entering into a business with a shady person. In other words, in some cases gossip is allowed, but even then it comes with reservations:

1) Double check and be sure that indeed there is such a danger and not simply an opinion/rumor.

2) Do not exaggerate with the danger more than it actually is, to avoid defamation.

3) Be aware of the potential of harm ensuring that your intentions are good – that you want to assist.

4) Strive as much as possible to achieve the end result by revealing only what you must of the person’s bad behavior.

5) Do not cause the object of the gossip more damage than required.

Similar reservations exist in other religions showing that gossip under certain conditions may be permitted in certain religions. The problem is that interests and ideologies blind gossipers into justifying bad gossip even when it is possible and better to avoid it.

Lawsuits are often issued on defamatory gossip, but courts sometime reject them. For example, after firing an employee, the manager gathered the team and harshly criticized the terminated employee using defamatory words. Following this, the employee sued the manager and the company for defamation. This was brought to the National Labor Court who rejected the lawsuit, although criticizing the style, claiming that it is an acceptable managerial technique aimed to outline the norms in the organization.

Gossip is indeed inherent in our nature. It is not all negative and sometimes justified. I am not sure that gossip is what drove the linguistic revolution, but it certainly contributed and still contributes to the development of language. 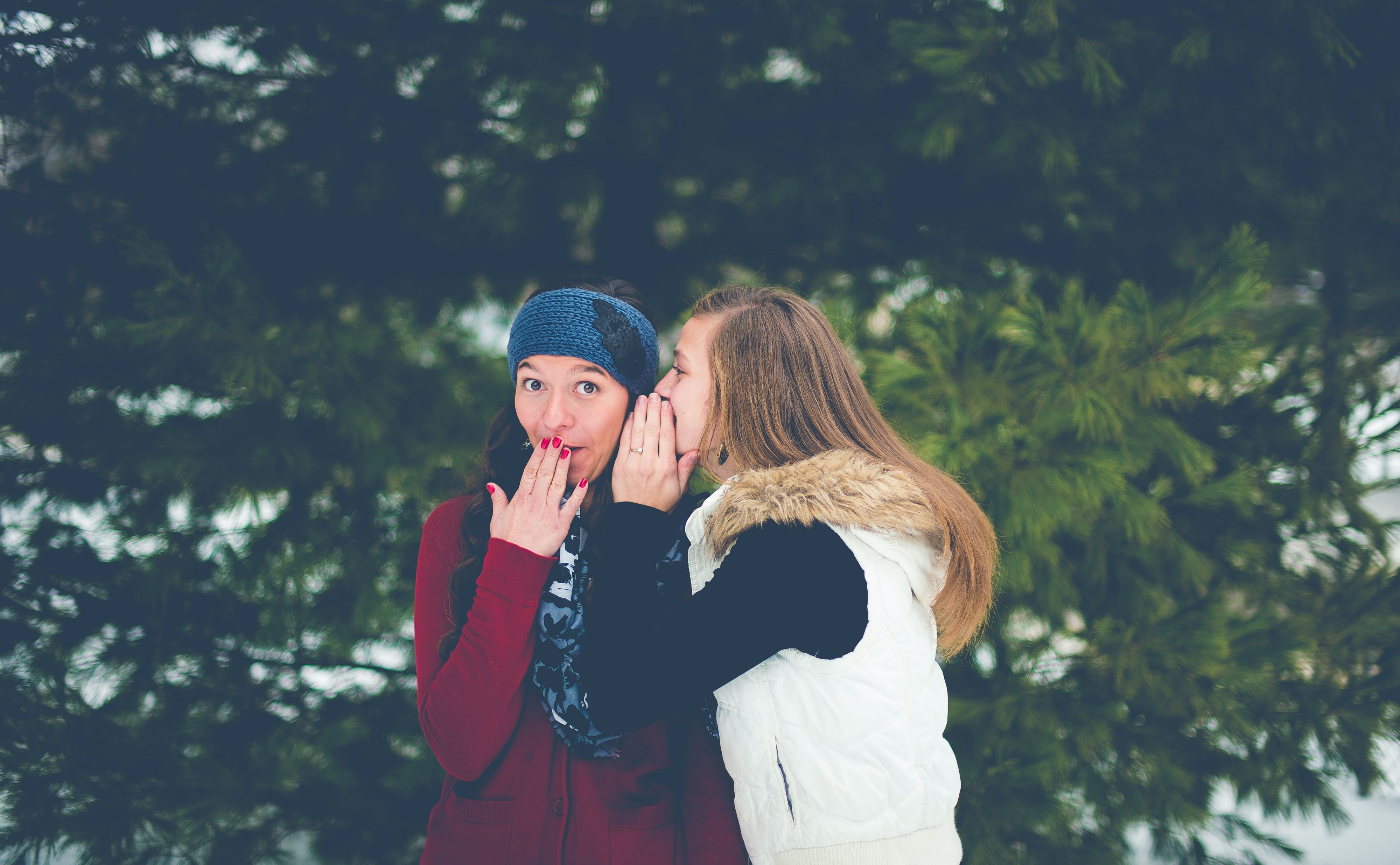