Despite the Corona epidemic, a year late and with a lot of uncertainty, the Tokyo 2020 Olympic Games started.

An Olympic games event is a multinational, multicultural, multilingual gathering that attracts billions of spectators from all around the world. The term comes from the Greek word Olympias describing a four-year cycle.

Beyond the sport games there are a lot of ceremonies at the Olympics involved with nationalism and cultural pride. The selection of the location of the Olympic Games is in itself a process with consequences of great prestige far beyond the sport. Even the opening ceremony is a type of competition where each hosting country strives to surpass the others in originality and extravaganza.

One of the highlights of the opening event of the Tokyo 2020 Olympic Games brought to life the Olympic Games’ pictograms – the graphic icons depicting the various sports. It all started with the 1964 Tokyo Olympics, the first time the Olympics were held on the Asian continent. The Japanese tried to bridge the language barrier for the media people, athletes and visitors using graphic pictograms describing the various competition sites using intuitive pictograms. At that time, the English language was much less common, a long time before the Internet and long before the current era where English became the lingua franca of the world. Since then, this pictographic method has become a standard language throughout the Olympics with each hosting country adding its own creativity to the pictograms – a form of language evolution.

The Olympics is the largest intercultural encounter in the world. More countries participate in the Olympics than the number of member countries in the UN. In such a crowded gathering of representatives of countries and media, friction and politics become unavoidable. Some say that the thaw of diplomatic relations between the United States and China in 1971 was the result of two ping pong players, an American and a Chinese, who exchanged souvenirs. Despite Chinese resentment, as a result of that personal connection between the athletes, Mao Zedong invited the American ping pong team to China. After the Americans reciprocated with a similar gesture inviting the Chinese ping pong delegation, relations between the two countries began to warm. So perhaps sport is indeed a bridge between cultures as defined in the Olympic Games’ goals – To build a better world through sport using the three Olympic values ​​”respect, excellence and friendship” symbolizing values ​​common to all mankind leading to achievements and a healthy lifestyle according to the Olympic slogan “Faster, higher, stronger”.

Therefore, as part of the opening ceremony, white peace doves are released and the protocol preserves equality between the delegations, while respecting and preserving each country’s anthem and flag, but under very strict rules – under the anthem and flag of the Olympic Games.

But not everything is simple. Countries come to the Olympics to fight and win. There are instances where the whole world is amazed and perhaps even united in the face of an athletic phenomenon, such as Bob Bimon, Nadia Comanche, and recently Michael Phelps, Usain Bolt and many others. Athletes demonstrating fellowship towards the competition is many times thanks to the rigid rules of the Olympic Committee. The strength of the anthem, the flag and the symbols of each country are very significant, and the struggle for the playing of the anthem, and for bringing the highest number of medals goes beyond the success of one athlete or another.

Non-Olympic related politics is in the background and even penetrates the games themselves. The United States and many European countries boycotted the 1980 Moscow Olympics (because of the Soviet invasion of Afghanistan) where only a total of 80 countries participated (compared to more than 200 countries in Tokyo 2020).

The vast majority of athletes will not win medals and only a few will gain fame. Winning a medal may seem very personal, depicting astonishing talent and hard work. But the fact that a president calls an Olympic medalist thanking him/her for the achievement and that the athlete’s fellow citizens encourage and rejoice in true joy in the achievement proves that these games are far beyond a personal issue.

Even the battle for hosting the Olympic Games is about prestige and for the purpose of showing the beautiful side of the hosting country. After the 1936 Berlin Olympics, which were conducted in an exemplary manner, visitors returned from Germany with the impression of a wonderful and welcoming country.

The Olympic Games involve political struggles with the most prominent example being the story of Jesse Owens at the 1936 Berlin Olympics in which Hitler himself and his circle acted in various and bizarre ways to prevent Owens from competing. Owens in his victories landed a blow on Nazi racism that preached that Black people were an inferior race. And Hitler left the Berlin stadium so he would not have to shake Owens’ hand.

Similarly, the Iranians forbid their athletes to compete against Israeli athletes and certainly not to talk or shake their hands.

The Olympic struggle is clearly a struggle for prestige between countries that sometimes looks as if it is the opposite of unity. It may be a sublimation and moderation of the struggle, but it does not herald the end of wars.

The claim that billions of people are united around sports may be exaggerated. It does not really produce unity among the nations around sports but may allow for the continuation of the national struggles in a more peaceful environment.

In ancient wars it is told that single warriors were often sent from both sides to fight each other and determine the fate of the battle without further bloodshed. This is shown in the battle between David and Goliath and other similar Champion Warfare stories that included the agreement about the consequences of that fight, that the winner of the two sets the fate of the entire battle. Perhaps the peaceful struggle of the Olympics is a kind of historical remnant of Champions Warfare for prestige between nations and cultures.

Sport is a parable for a struggle for uncompromising achievement, teamwork, maintaining optimism and a fighting spirit with hard and exhausting work while dealing with difficulties and failures along the way. The lesson of the parable is life itself – achievements of admirable excellence demonstrating perseverance, raising the national morale. It is therefore clear why countries see such achievements as having an impact on their nation’s prestige.

Sport may also be seen as a sublimation of war struggle and survival. There are rivalries between countries, tensions between fans and sometimes even losing control in particularly loaded games.

Athletes use facial expressions, body language, battle cries and instant gratification similar to an ancient warrior who managed to eliminate an opponent or hunt prey. Even the roars and celebrations of victory resemble real battle situations. Religious beliefs and superstitions of athletes and fans also show the similarity between sport battles and the real thing.

But as time passes the competitions become a product designed and marketed according to the consumers. The big money no longer comes from ticket sales but from huge media companies that charge money from all over the globe where the athletes are much more than talented athletes. They become worshiped celebrities and idols.

There are many similarities between sports and religion. A secular religion in which there are good, bad, worship, traditional dress, “prayer” songs and hymns and a longing for the “Holy Grail”.

The Olympic Games are marketed as “the great leveler” where everyone, all races, genders, languages, religions and nations have an equal opportunity in an attempt to unite humanity. But in practice, success in modern competitive sports makes use of science, technology, training conditions and talented coaches that require a lot of money. Thus, many talents who cannot afford it, will fail to reach their full potential or reach the top of the pyramid.

The Olympics are loaded with ceremonies and symbols. The Olympic torch that symbolizes the achievements of mankind by the power of fire (which was available only to the gods according to Greek mythology. Prometheus stole the fire from the gods for the benefit of human beings). The torch is symbolically lit directly by concentrating the sun’s rays on a branch of a dry olive tree and is passed between torchbearers who are celebrated as symbols and examples of society. It is inspiring, reveals a glimpse about other cultures and languages ​​and does contribute in some way to the values ​​of health, tolerance, and equality. 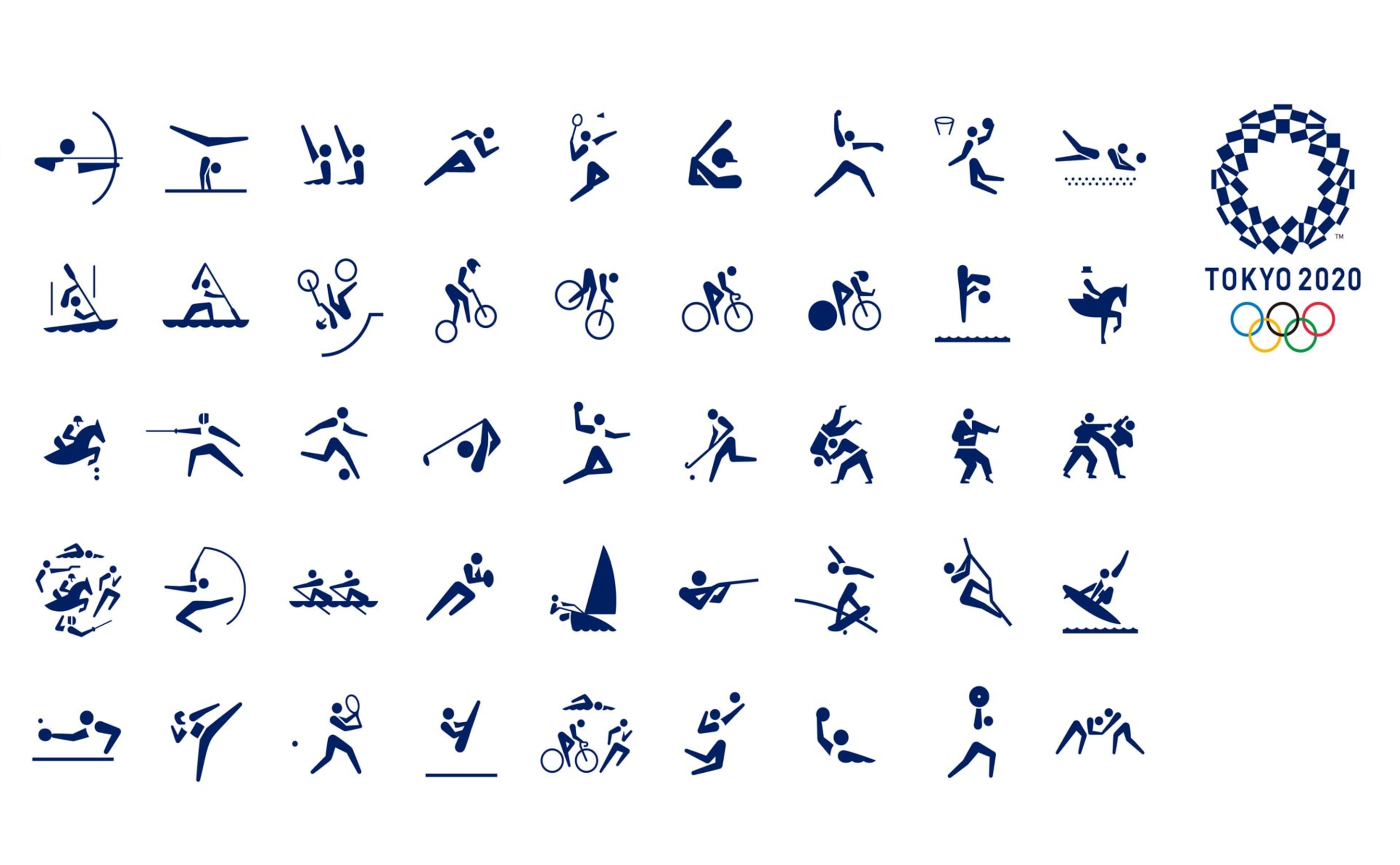