Culture cannot exist without translation. This is the case today and this was also the case in the past. In the ancient world, language interpretation was more common than translation. In cross-cultural encounters, whether it was traveling or visiting the royal courts, a simultaneous translator was involved in the communication.

The interpreting profession is entirely oral. Today, the various aspects of interpreting can be photographed and analyzed, but from the distant past there is sparse research about this professional practice and its practitioners.

We know that this profession existed from the time of the Pharaohs in Egypt where there was always an interpreter for the king and sometimes even two. One interpreter, a high stature individual, might even be a royal who was allowed to turn and speak to the Pharaoh and the other interpreter, a linguist, a scholar and speaker of languages ​​with knowledge of foreign cultures. Testimonies to this are found in ancient Egyptian reliefs where two people are seen. One facing the Pharaoh and the other facing a traveler coming to Pharaoh’s court.

In the biblical story of Joseph and his brothers in Egypt, while the brothers did not yet know that the governor of Egypt is their brother, Joseph says “And they knew not that Yossef understood them; for he spoke to them by an interpreter” (Genesis 42:23). And, indeed, the reality of an interpreter as a mediator was common.

Translation, as well as language interpretation, are not merely a neutral mediation. Simultaneous interpreting has the potential to greatly influence the parties. Using and emphasizing certain words, accentuations and even speech intonations may have potential influence on the listener.

Prof. Miriam Schlesinger, an interpreter at John Demjanjuk trial where a simultaneous translation into English and Ukrainian took place, described that when interpreting Adv. Sheftel’s emotional statements she struggled with the tone of the interpretation because she wanted to avoid the impression that the emotion was coming from her, the interpreter, which is required to maintain neutrality.

When the prophet Moses accepts his mission in the wilderness, he says to God, “I am not an eloquent man, neither yesterday nor the day before… for I am slow of speech”. The common story tells that Moses, the Egyptian prince, a man with many virtues, was not a strong speaker and may have been even a stutterer. But, possibly, Moses was being modest and his only problem was that he simply was unable to translate between Hebrew and Egyptian. God’s answer was “Is not Aharon the Levite thy brother? … And thou shall speak to him, and put the words in his mouth. And I will be thy mouth… And he shall be thy spokesman to the people: And he shall be to thee instead of a mouth an thou shalt be to him instead of God”. The text describes the ancient interpreting profession as it was in Pharaoh’s court. God speaks directly to Moses and when things need to be conveyed, Moses passes them on to his brother Aharon who is the one speaking to the people.

The role of the interpreter here is twofold. One is to mediate the holy word of God between the holy divine and the common people and the other is to translate between the language spoken to Moses into the language spoken by the people. It could perhaps be called a combination of cultural and linguistic mediation, which is very different from today’s interpreting profession.

With the exile to Babylon in the sixth century BC, the Hebrew language was forgotten, and the Aramaic language became the spoken language of the Jewish people. And upon returning to the Land of Israel after Cyrus’s declaration, Jews returned to Israel without understanding Hebrew. The book of Nehemyah (describes the restoration of the Jewish community and the return from exile) brings an emotional first description of the Torah reading ceremony that was performed in public (held on the high holiday of Rosh Hashana), where the Jewish people were gathered and a list of people are specified by name, “… and the Levites caused the people to understand the Torah” (Nehemya 8:9), as interpreters for all to hear and understand, and thus the profession of religious interpretation was born again in Jewish ancient times.

For approximately 1,500 years there was an interpreter in the synagogue that translated the verses of the Torah reading. This occurred in the fifth century BC through the 10th or 12th century CE, and even happens today in certain Jewish communities, such as the Yemenite community. The interpreter was a professional position. It is not clear if there were schools and training courses for this profession, but the Talmud tells us about interpreters receiving wages for work related to the transfer of information to the congregation. This is demonstrated in a Talmudic discussion about whether it’s permitted to receive interpretation wages when work is performed on the Sabbath. The Talmud states that although it is not prohibited, it is not considered a blessed work and should be avoided.

A common Jewish North African surname, Turgman, is derived from the Arabic word Turgman, which means an interpreter. Between the 15th and 19th centuries, when the government prevented any foreign influence in Morocco, the Jews played an important role in the port cities of North Africa. They were responsible for the links between the ports’ personnel and the captains of ships and other foreigners who came to Morocco for trading. This role was commonly held by the Jews. In Morocco, the Jewish Turgeman surname is documented from the 16th century.

Although the word “translate” in the Talmud is mostly used to mean “explain” rather than a translation from language to language, the term “interpreter” is common, In Aramaic, an interpreter was initially called “Amora” to indicate “those who say” or “spokesmen” (the term Amora later became the general name for all Jewish scholars from around 200 to 500 CE).

During prayer and the chanting of holy text there is often a religious requirement to speak the words, hear and connect to the source Hebrew language. However, one must understand the prayer and its meaning and avoid merely chanting nunderstood syllables. Some text may be chanted in foreign languages, but Jewish Halacha values expressing the holy text in Hebrew. Thus, a room is created for the interpreters who preserve the reading in Hebrew together with the conveying the meaning of the holy text into the local language.

The Talmud mentions many times the role of the interpreter standing before the rabbi when teaching in public. It seemed to be a widespread and an important part of the Jewish ancient cultural experience. The reason for this, beyond the linguistic translation, is to overcome any difficulty the Rabbi may have in expressing himself or if the Rabbi has a quiet voice. The interpreter was used as a live loudspeaker and, indeed, there were instances where Rabbis used even more than a single interpreter. So much so, that a sermon without an interpreter may have been perceived to be an insult to the rabbi.

There are discussions in halachic Hebrew law about whether judges are allowed to use interpreters for the understanding of the litigants or witnesses. In capital punishment law there is an unequivocal prohibition on using an interpreter, but there is controversy as to whether this law should also apply to law that is related to non-capital punishment. In addition, it is unclear whether the prohibition applies only to the hearing of witnesses through an interpreter or perhaps also to the hearing of the litigants. And there is also a discussion about the validity of a ruling given on the basis of testimony through an interpreter.

The members of the Sanhedrin (the law tribunal in the ancient Land of Israel) were supposed to be familiar with many languages so they would be able to understand the legal situation directly without mediators. However, in reality, interpreters were needed for the Sanhedrin as well. And nowadays, interpreters are used in Israel in both rabbinic courts as well as the state courts.

In summary, there is much evidence for the existence of interpreters in ancient times. There were interpreters who probably received training and salaries for their work in synagogues (prayer and reading of the Torah), during Torah teaching and even in courts. 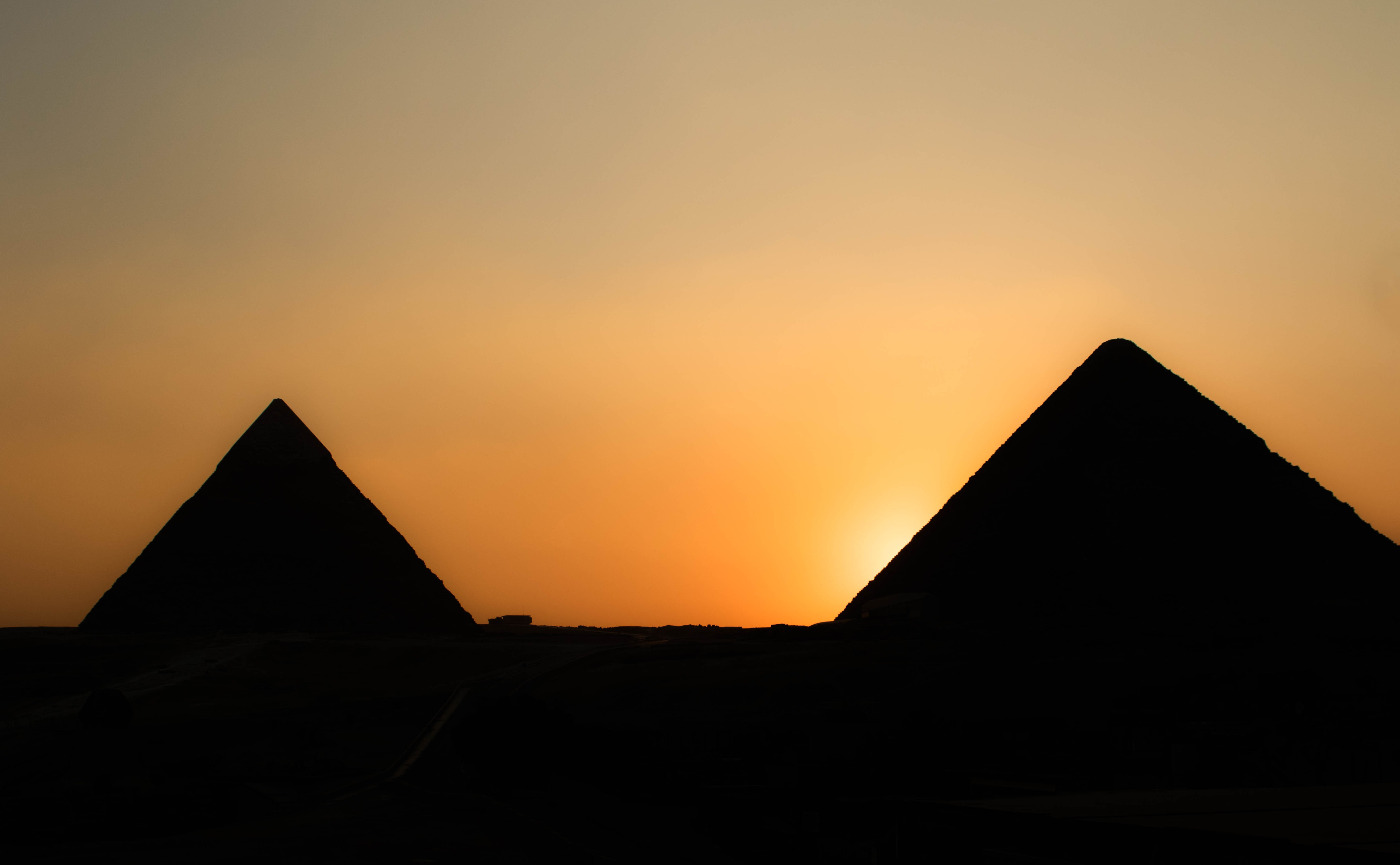