How can we explain the cultural evolution of human beings that evolved from a state similar to primates without language to a situation where language is one of the most important tools that shape and is unique to humanity? Although there is a range of communication systems in animals, there is probably no real language in the animal world.

When speculating about the evolution of language, a more basic question comes up, which is what is language?

Over the past fifty years, the common notion was that language is a cognitive link connecting people and that the human brain is specifically wired to support language cognition even for toddlers.

Noam Chomsky, a renowned linguist, argues that language is analogous to “software” that exists within the brain and we, humans, are born with a genetically built-in brain capability that allows languages to be processed by interaction and experience until it reaches a mature stage of language proficiency.

Thus, the evolutionary related question is how did humanity reach the state where the brain has evolved genetically to process complex languages?

In contrast to Chomsky, others argue that the brain does not have an inherent genetic ability to process languages but rather a comprehensive collection of all cognitive links that we have in our brain, that among other things, are able to process language. And then the evolutionary question is, again, how did our brain evolve from a primate level brain into this magnificent processor of cognitive links?

During the past 15-20 years, a new concept has emerged that, to some extent, revives older conceptions (sometimes in science old theories are revived due to new revelations that introduce newer and richer perspective). This concept claims that language is a social tool. The brain is not wired to support language but rather to support social interactions – similar to the internet’s social networks, such as Facebook, Twitter and the like. And the attempt to understand a language based only on what’s going on in the brain will be like trying to understand Facebook only based on what’s happening on an individual user’s PC, which of course is impossible. We can only understand the social network phenomena when we understand the vast networking where each of us is only a very small component and not the complete story. So, when comparing languages to social networks maybe something in the language evolution resembles the Internet revolution we are experiencing today.

Here is scientific research of a historical phenomenon that is shown in a new light using the perspective of a modern technology. Languages have been with us, according to various estimates, between 400,000 years to a million years. The Internet has been with us for only a dozen of years, but it helps us apply a different social observation on the language domain.

With this perspective in mind we can now ask the following questions:

One of the common beliefs shared by scholars is that it is impossible to imagine human life without language. Without a language we resemble other primitive groups of animals, such as primates that are able to have only minimal collaboration, with no ability to perform altruistic work for the public. Primates have only accidental and local collaborations for the here and now. While, on the other hand, animals have a multiplicity of violent conflicts over territory and status. The homo-erectus period (from about a million years ago to 400,000 years ago) indicates the division of responsibilities between hunters and gatherers, working with fire and cooking, relationships between genders and generations that probably was a tribe bonfire culture inventing the concept of extended family that helps raise the children together. Apparently during that period the communication was more developed than the primate’s communication, but it was not yet a language. There are facial expressions, body movements, animal imitation, eye contact, and probably the ability to point where one member of the group points to something and another member looks in that direction, suddenly noticing something that it could not see before receiving that indication.

This is called the Mimetic culture, that does not exist in animals, and deals with the acquisition of cultural information through imitation. The memetic culture was able to reach high levels of collaboration and communication. We have all witnessed collaboration and synchronization of complex activities between people without language, such as playing music, or playing ball. Such activities can be done as a group and with great efficiency without speaking using only gestures, pointing or eye contact. This mimetic evolution was able to create a society with a high level of collaboration as well as create a need for and encourage even further collaborations. The need for collaborations is increasing and has not stopped since, evolving to even more complex communication. The mimetic culture is effective for the purpose of collaborations for the here and now, but if an individual wants to remind others about what happened a few days ago, it cannot be expressed only by mimetic communication. In order to describe a complex story with causation, more complex communication is needed. Researchers claim that the growing social need for information and sharing of experiences for mimetic communities has enabled the development of more sophisticated communication, such as languages, including the spontaneous evolution of emojis and their meanings expanding with their ongoing use.

And so, gradually, a transition occurred from merely pointing and showing about the here and now to finding methods for transferring ideas through complex messages and refining those methods over time causing others to comprehend and imagine the stories being told, until reaching a comprehensive structure of languages.

When the language communication ability is enhanced in certain groups, giving them an advantage over other groups it becomes a competitive advantage, creating a link between language evolution and survival and driving the evolvement of language even further. So, over time, language becomes more and more natural and easier to acquire. This is called co-cultural genetic evolution where culture and genetics come together, making it easier and easier to acquire language, use it and continuously develop it. Humanity is being pulled by language into new realms and new cultures to the point that today human minds are indeed adapted to language acquisition. Language exists on the social level, which has shaped us from the homo erectus state to a homo sapiens state both physiologically allowing for more complex range of sounds as well as affecting actual brain evolution. According to this narrative, humans are animals designed and developed due to a social revolution through the development of language communication.

Here are a few conclusions: First, we are social beings who evolved to developed attributes becoming more and more suited for a language communication environment that is continuously evolving. Second, we are communicative beings. There is no other animal known today whose life is rooted in constant communication and in this million year long story we continue to develop through writing and reading, culture, art, books, the internet, social networks and a relentless hunger for communication. Third, we are imaginative beings, and this fact fosters the language revolution even further. Fourth, the collective invention language has completely transformed humanity so that one individual can experience the world through others, which is not possible with animals; so much so, that most of our knowledge is acquired from others and not from self-experience.

This language revolution has profoundly changed us and the revolution of language research changed the perspective from individuals to society, pointing out that essentially our lives as human beings, are more than anything else, a social communicative life that continues to develop and improve.

* The main points of this article are based on a lecture by Prof. Daniel Dor from Tel Aviv University. 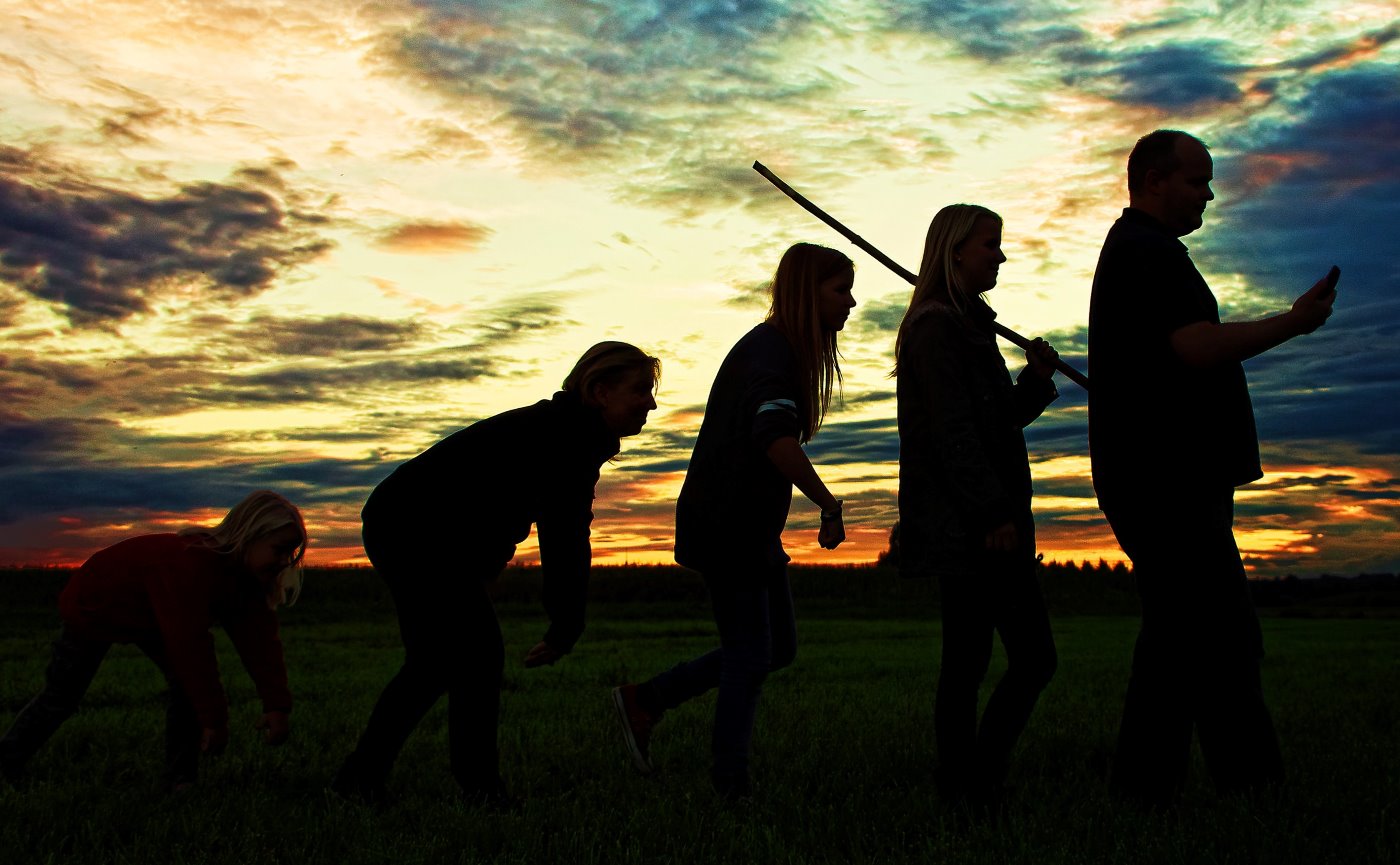