The fact that there are thousands of languages demonstrates diversity, which is a result of a  separation of societies, stemming from the polarization that exists within a single language.

When making arguments, no matter in what language, we have a tendency to use extremes. This is not a feature of the language; it is a human trait. Using extreme words such as: always, never, perfect, impossible, everyone, etc. produces an all-or-nothing, black-and-white thinking that polarizes opinions. Thus, words in a dichotomous style have great influence on how think and argue.

A dichotomous way of thinking may have been effective for our ancestors whose lives depended on extreme reactions to danger, either fight or flight, choosing between two options, one leading to salvation and the other to danger. But in our modern society there are many other possibilities. If we are not able to identify alternatives to a problem or think critically about other alternatives, we will likely miss a wide range of possibilities, limiting our minds.

Regardless of which stand of extreme position you are on, the problem is that any type of either-or approach produces emotional reactions to the opposing party that only intensifies the difficulty in critical thinking and seeking alternatives.

Even on a personal level, we tend to think in black and white, telling ourselves things such as, “I will never succeed at X”, where X could be, a diet, a test, a job interview, a date and many other life challenges. All these scenarios intensify the difficult feelings of failure when this type of negative message becomes the only message. It blocks us from new experiences because of the dichotomy that everything is either negative or positive. The attitude of – if it’s not perfect there’s no point in starting – stems from the mistaken thought that there are only two options.

The way we use language greatly affects the way we think. If you use a lot of “or” and less “and”, if you use a lot of absolute terminology, if you tend to divide everything into good/bad, us/them, you probably don’t leave room for the wide gray area between black and white and miss out a true understanding of reality.

The well-known statement of George Bush Jr. after the 9/11 attacks – “Every nation, in every region, now has a decision to make. Either you are with us, or you are with the terrorists”, as well as the terms “axis of evil”, and “you are either with us or against us” literally changed the world.

Language has a significant influence in shaping our thoughts and perceptions, and this is especially true when it comes to dichotomous thinking, or the tendency to see things in terms of opposite categories.

One way language affects dichotomous thinking is through the use of binary terms, such as “good”, “bad,” “right”, “wrong,” or “black” and “white.” These terms force us to see the world in terms of two different and opposing categories, instead of recognizing the complexity and nuances that often exist in reality. Dichotomous thinking is shallow and simplistic and encourages a lack of critical thinking, by classifying things as one or the other instead of considering the many shades of the existing possibilities.

Another way in which language affects dichotomous thinking is through the use of terms of separation, such as “either this or that” or “neither this nor that”, which completely ignores the possibility of belonging to multiple categories or a spectrum of possibilities. This approach can lead to a lack of flexibility and openness to different perspectives, as we become entrenched in our own perspective and less able to consider the perspectives of others.

The use of language can also shape our perceptions of others and the world around us. For example, certain words or phrases can carry extreme connotations that affect how we view a person or a situation. For example, describing someone as “lazy” or “unmotivated” may make others see them in a negative light, while describing someone as “hardworking” or “determined” may make others see them more positively. Words create stereotypes and assumptions about people and groups just based on the language used to describe them.

If it’s so clear that dichotomy is limiting and leads to negative results, then why do we use this language? Are humans irrational?

Prof. Robert (Yisael) Aumann (Nobel prize winner in Economics) once told about a doctoral student of his who described human rationality like this – when a person sees a black cat on the street and he reacts by spitting, does that person demonstrate rational behavior or is this an irrational behavior?

According to modern scientific thought, it would be considered irrational (because it is a superstition and not scientifically proven). However, if rationality is defined as a behavior based on prior knowledge (which might be wrong) then the behavior is indeed rational. People strive to achieve their goals according to the information they possess. The theory of Mainstream Economics that deals with behavioral economics relies on the fact that our decisions are not based on science but on prior knowledge (some of which is biased and wrong), which is the basis of all our daily behavior.

Although this decision mechanism has evolved this way since it usually leads to correct decisions, Kahneman and Tversky (other Nobel prize winners in Economics) in their famous Prospect Theory, argued that sometimes these heuristics lead to mistakes and systematic errors.

Kahneman and Tversky demonstrated this by an experiment of describing a young woman named Linda, 31 years old, single, short hair, outspoken, and very bright. She majored in philosophy. As a student, she was deeply concerned with issues of discrimination and social justice, and also participated in anti-nuclear demonstrations. Then they asked, what is more probable? (1) Linda is a bank teller or (2) Linda is a bank teller and is active in the feminist movement?

85% of the respondents selected the second option even though there is no evidence for this.

The reason for this, according to Kahneman and Tversky, is that the additional information, the additional words, in Linda’s description causes us to abandon the logical possibilities and be distracted by irrelevant information.

Aumann told about a personal example when his great-grandson showed him a picture of Napoleon, and innocently asked why did Napoleon wear suspenders? Aumann thought and thought until he gave up. His young great-grandson simply answered, “to hold his pants up”. Then Aumann asked himself where did he go wrong? After all, he knows the suspenders’ function. The thing is the boy asked why Napoleon was wearing suspenders, so Aumann’s mind started searching and delving into Napoleon’s related info until he gave up. His mind was distracted by the word “Napoleon” that came to mind as if it was relevant. While it was completely irrelevant, it influenced Aumann’s thoughts.

The same goes for Linda, the information that describes her, her short hair, her interest in human rights misleads the listeners and made them assume that she is also a feminist supporter instead of focusing on logic and ignoring irrelevant facts.

Language has a great influence on shaping our thoughts and perceptions, and this is especially true when it comes to dichotomous thinking. The use of binary and extreme terms, as well as the connotations and biases that are affected by certain words and phrases, can all affect the way we see the world and others. It is important to be aware of the language we use and the effect it can have on our thoughts and perceptions. 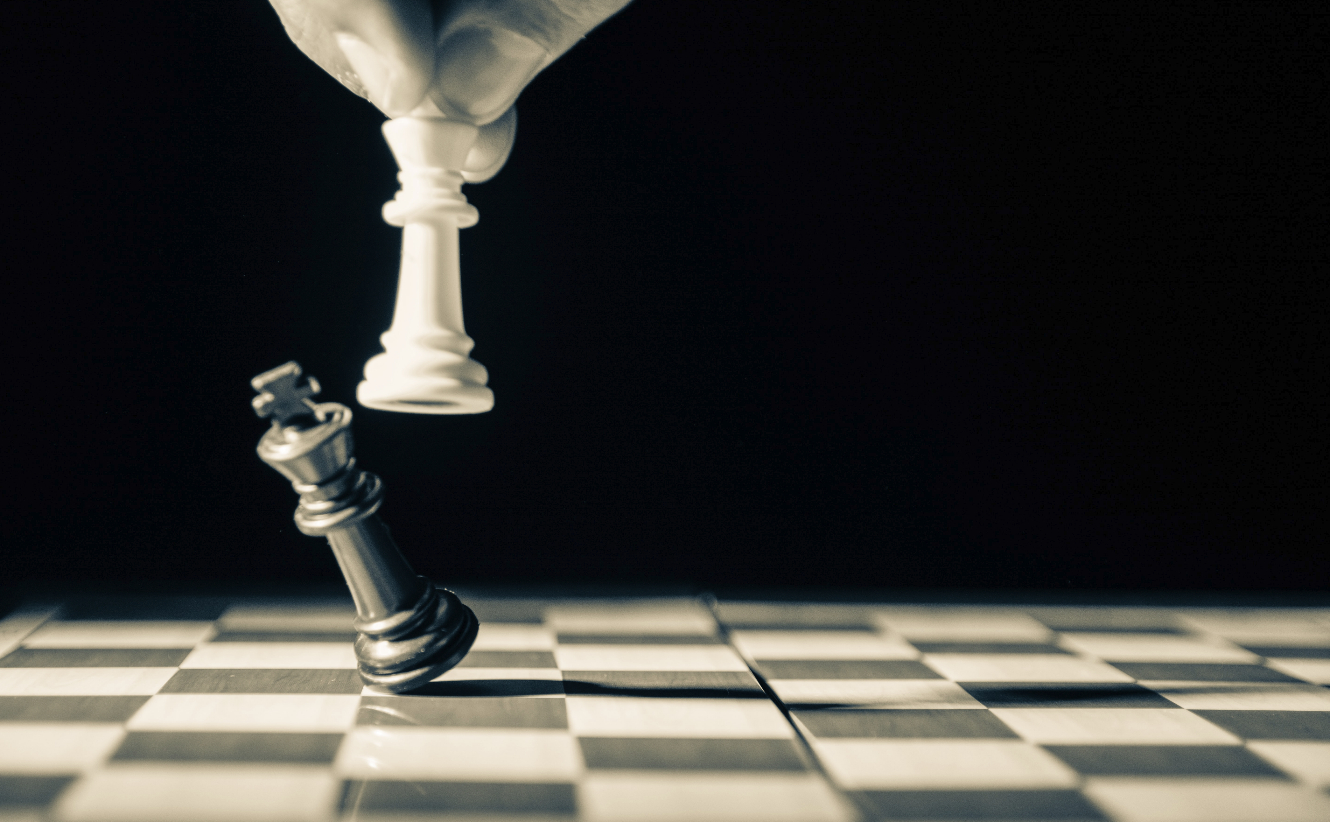